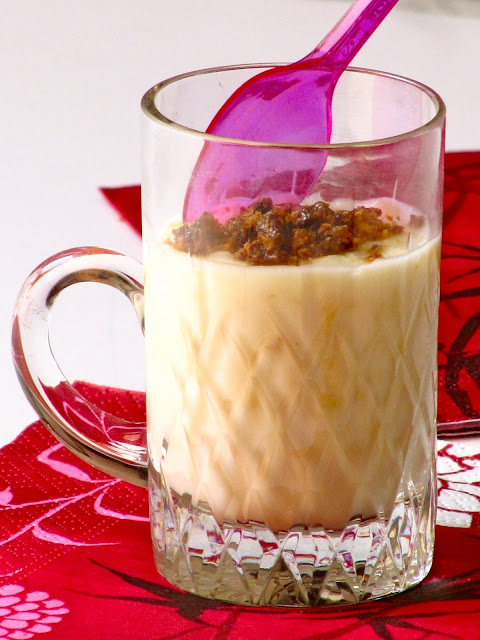 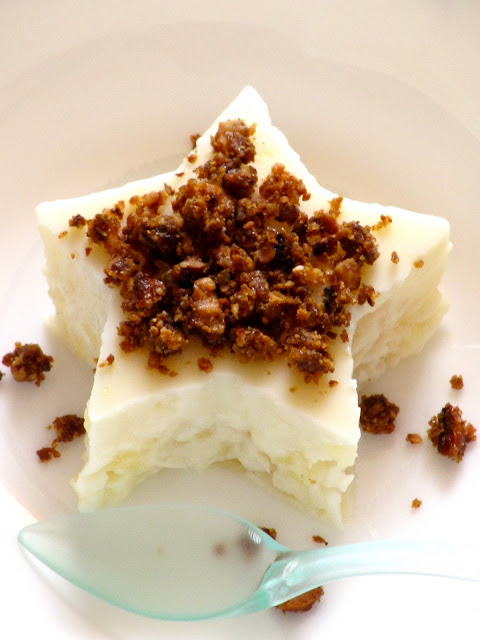 January 5. Yesterday. It was my baby’s birthday. He’s such a bundle of joy and we are so blessed. It’s hard to believe my boy is so grown up, he’s going to tower over me soon!

I’m going to round off this eventful week with a sweet sensation. I tasted this dish at one of our regular potluck get-together with friends. One of my friend had cooked apple pudding topped with caramelized cashews for dessert. The pudding tasted like a vanilla flavored gelatin and the crunchiness of the caramelized cashews gave body to the dessert. It was light and tasty, and I liked it. In fact, everyone liked it a lot. So I got the recipe and made it at home. Twice. It tasted just as good.

This recipe uses agar as the gelling agent. Agar or agar-agar is more commonly known as china grass in India. It is a type of dried seaweed, which is also used as a vegetarian substitute for the animal-derived gelatin. Note that the agar has stronger setting properties than gelatin. So reduce quantity and use accordingly. The pudding can be made in a regular rectangular cake mold and cut into pieces when ready to serve. You can also make it in individual ramekins or jelly moulds. Or even use small glasses. I particularly like the idea of snuggling on a couch with a glass of pudding to enjoy. The choice is yours. 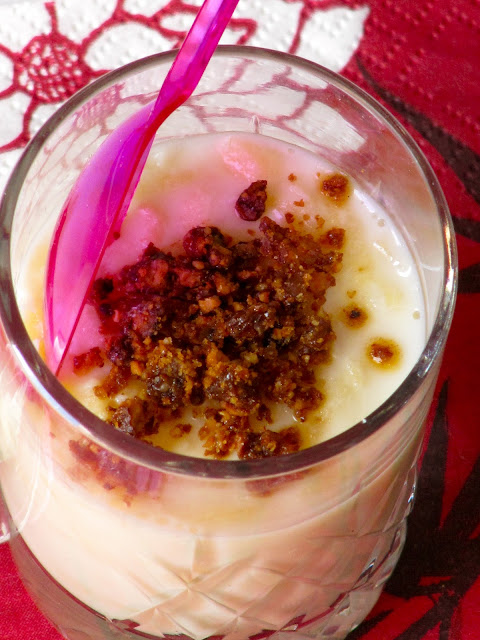 Place agar in a pan with the hot water and bring to boil over medium-high heat. Turn down heat and leave to simmer until melted. This will take around 10-15 minutes.

Meanwhile, bring milk to boil in another pan, and then stir in the condensed milk, sugar and vanilla essence. Now peel, core and grate the apples and add this to the milk mixture. Cook for 4 minutes.

Remove the melted agar from heat, allow to cool for 5 minutes, and strain the liquid into the warm apple-milk mixture. To prevent mixture from curdling, stir well to combine and immediately remove from heat. Transfer to a jug and pour into the cake mould or divide between small ramekins. Cover with cling film and chill for at least 4 hours until set.

To make the topping: In a small heavy-based saucepan, melt butter over low heat. Tip in the cashews and gently toss and roast for 2 minutes. Add sugar and gently heat until the sugar has melted. Take care not to burn the sugar-cashew mixture. Remove pan from heat when the sugar turns pale golden. Note that the mixture will continue cooking and turn a shade darker after removing from heat. Spread onto a piece of parchment paper or a lightly greased baking sheet to cool. Break apart.

When ready to serve, unmold the pudding and flip onto a plate. Sprinkle liberally with the caramelized cashew and enjoy! 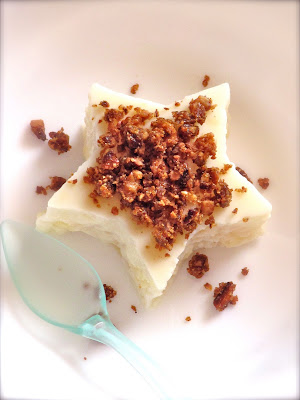 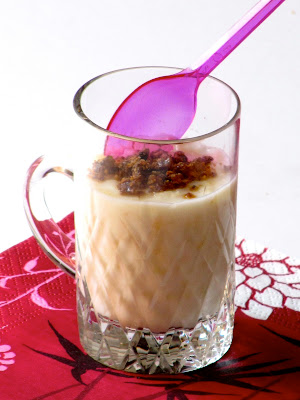 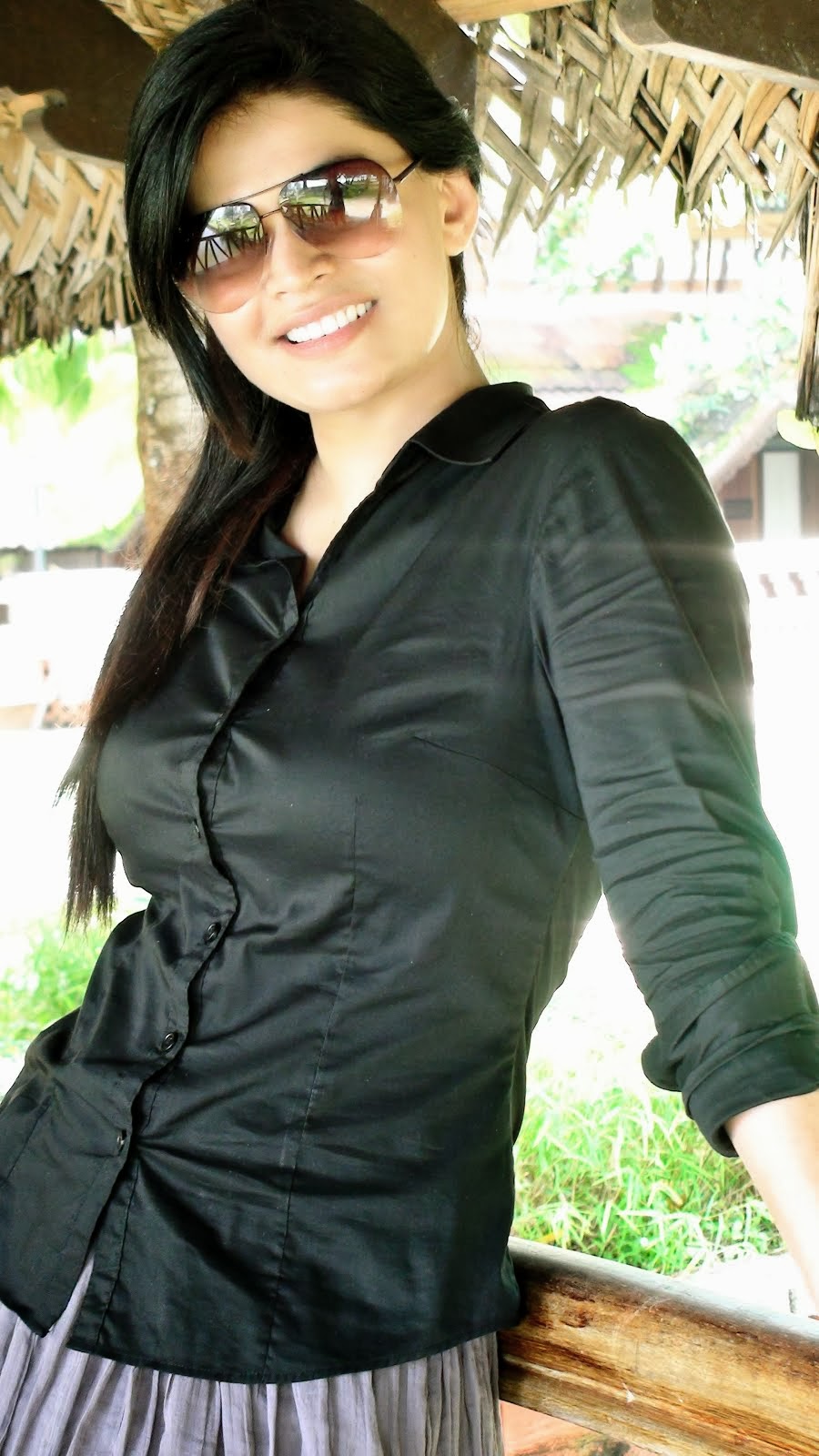 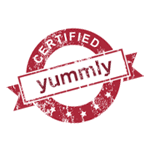